Send us a message

Your source for Mantella news and press releases 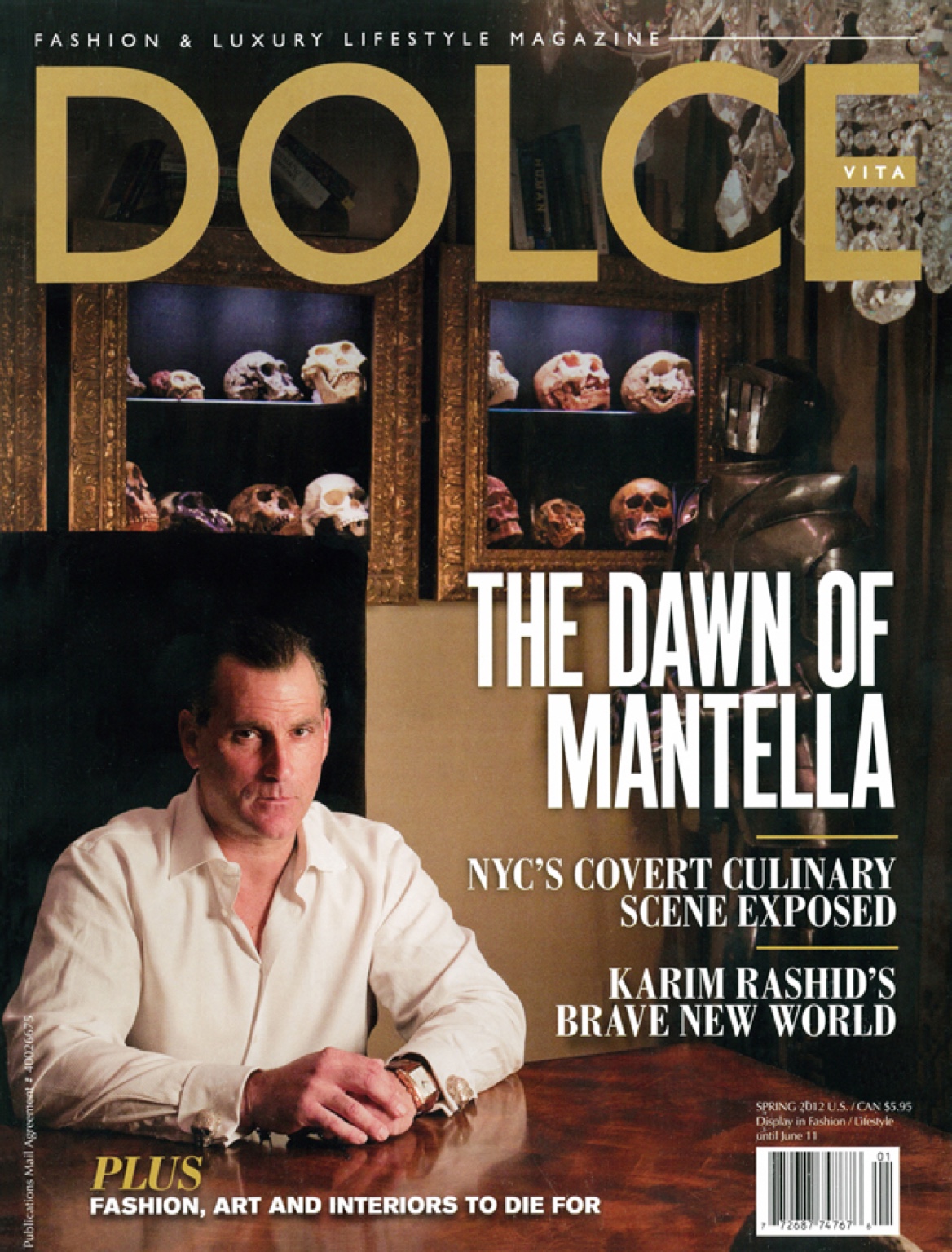 Every day, the Earth turns, just like the billions upon billions of times it has before, always moving, always changing, shifting with each tick of the clock. Evolving, even if only minutely, with each passing second. Empires rise and fall, mighty kings come and go, and great beasts that once ruled vast domains are but a flicker in history’s enduring flame. Those blinded by their assumed superiority vanish; those unable to adapt to changing landscapes fade into extinction. This is history’s lesson. This is life. This is evolution. It’s a fact Robert Mantella, president and CEO of Mantella Corporation, is all too familiar with, and one he’s adapted to keep his family’s business alive, and thriving.

“I base a lot of decisions that I’ve made on evolution,” says the 49-year-old industrial property developer as he holds up a colour-coded list depicting his fallen competition – an “extinction list” cataloging the now deceased species from the dwindling genus of privately owned industrial real estate developers in Toronto. “These are all the family companies that have gone out of business in the last six years,” he says, pointing to each. “There’s no more left.”

These once-dominant entities were, in the past, all major players in the Toronto market. That is, until the pension funds swept in. At the turn of the century, these goliaths, with their unfathomably deep pockets, began boxing out small independents, buying land and building at an incredible rate. “We built maybe six million square-feet in 50 or 60 years,” says Mantella. “They [the pension funds] built 16 million square-feet in three years – They started institutionalizing the business.”

Mantella watched as the competition fell, as the mass extinction set in. Changes had to be made, an evolution had to begin. His father, Paul, however, was still in command of the empire, and since its inception in 1946, Mantella Corp. followed a specific formula. He wasn’t about to change. “I have the utmost respect for my father,” says Mantella. “Until around 2006, he was extremely powerful. He ruled with an iron fist.” But in 2007, there was a moment of weakness. Due to personal issues, his father’s attention was elsewhere. In order to save the company, Mantella felt action was necessary. In a move of Shakespearean proportions, he took complete control of all legal decisions of the company and began implementing changes.

Selling several prime properties for substantial profits, partnering with pension funds on major land deals and starting Mantella Venture Partners, an early stage technology venture fund, Mantella has tapped into new streams of resources, staving off extinction and maintaining his business’s position as a major player in the market. “I don’t look at a family and decide that that’s the way it’s been and that’s the way it should be, and that’s the right way,” he says. “I decide what’s best for this company.” At the time, these moves were considered quite radical, risky even. It was unexplored territory and concerns were present. But after several early successes, it was clear Mantella’s vision was on the mark. One venture, for example, which paid dividends, was Pushlife, an app-building company that Mantella Venture Partners sold to Google for $25 million. “We’re never surprised by his ability to judge people and character,” says Duncan Hill, founding general partner at Mantella Venture Partners. “He finds people he can trust, puts trust in those people, and lets them do their job. We respect that a lot.”

In an industry governed by nepotism, and where image was of the utmost concern, Mantella’s attitude is an anomaly. But then again, the somewhat eccentric Mantella has never been like other property developers. His office, which is more library-museum than a typical place of work, is triple insulated to afford absolute silence as he works, preferably by candlelight. Ancient fossils, like a tyrannosaurus rex arm, velociraptor skull and an over 310 million-year-old head of a placoderm, a massive jawed monster fish, decorate his space. Deep mahogany bookshelves line the walls, all filled with modern texts and antique books on animal behavior, biology, and of course, evolution. “I read a lot of factual literature on animals,” he says. “I’ll spend one week trying to understand why marsupials developed the locomotion method they did just because it bothers me, I have to know about it.”

Pulling out a weathered book on animals he was given for his first communion, Mantella explains how even as a child, he held a great affinity for wildlife. It wasn’t until his late 30s, however, that his fascination with evolution developed. He began reading the likes of Richard Dawkins, Louis Leakey, and naturally, Charles Darwin. He even has a first edition of Darwin’s On the Origin of Species.

While the lessons of these texts shaped Mantella’s paradigm, it wasn’t until he met his wife, Sylvia, that he was able to evolve himself. “I had a lot of ideas,” he says, “but I had difficulties expressing them in a way that wouldn’t be considered radical.” She brought out a softer side in him, causing him to open up more, leaving behind his introverted ways. “If I wouldn’t have met her when I was 40, I think the company, within five years, would have been gone.”

“He’s methodical and brilliant in many ways,” says Sylvia, also the company’s brand manager. “Everything that he does is thought out like a chess player, and it’s seven or eight steps ahead… he’s made for what he does.”

Through Sylvia’s encouragement, Mantella ventured further into new realms, like philanthropy and wildlife preservation. In fact, Mantella credits her as the catalyst for converting their 20-acre Florida estate into a sanctuary for exotic, endangered and abused animals. From primates, such as Celebes macaques and gibbons, to timber wolves and zebras, the couple shelters over 100 animals on their property.

As he flips through pictures of the various animals on the property, he describes a time when they brought seven black swans to their reserve. Every day, Sylvia would count their numbers, lamenting in the loss to lurking local predators. But Mantella would always remind her that they were breeding strong swans. “The swans that stay off the shore at night will teach their young,” he says. “If we end up with two swans, they’re going to be the toughest swans in Florida.” The population of their swans has grown back to seven – one more reminder of the power of evolution.