Send us a message

Robert Mantella’s first role at Mantella Corporation was to assist his father and President of the company at the time, Paul Mantella, and act as the liaison between the firm and the changing real estate environment. It was 1993 and the real estate market was very different from where it was when Robert’s grandfather started the business almost 50 years earlier. The dynamic between commercial real estate agents and landlords was changing and the emergence of Real Estate Investment Trusts allowed just about anyone to invest in real estate assets with real estate managers handling the investments. The business model used by traditional developers was quickly becoming obsolete and Robert began looking for ways to diversify Mantella and position it well for future growth. Realizing early on that his trusted relationships with banks and Industrial Commercial and Investment agents were critical to Mantella’s success, Robert started making changes within the company’s portfolio of assets.

In 2008, Robert sold a selected group of buildings and used the funds to start Mantella Venture Partners, in collaboration with Basecamp Labs. Robert, along with advisors Robin Axon and Duncan Hill, invests up to $500,000 in market altering startups in the mobile and Internet software sectors. Part of Robert’s decision to move into tech startups has to do with his fascination watching his three teenaged kids expertly use technology everyday and his amazement at how much their lives revolve around their mobile devices and social networks. Within its first year alone, Mantella Venture Partners’ invested in 60 incredible entrepreneurs, including an exit to Google for $25 Million. Robert is passionate about working with startups in the technology industry and helping develop these exciting, innovative companies into success stories in their own right. In 2007, Robert married his life partner, Sylvia, and together they raise three children: Conrad, Sarah and Nicky. Another of Robert’s passions is his collection of fossils and dinosaur remains, including replica skulls of ancient man and the real bones of life forms that walked the earth hundreds of millions of years ago. They remind him daily, he says, of how change and evolution are the keys to growth – and how, over time, it is the best who survive and succeed.

Sylvia Mantella is the Vice President of Marketing, Sponsorship and Philanthropy at Mantella Corporation since 2008. Mantella Corporation is one of the largest privately held family owned real estate and land development companies in Canada. They have distinguished themselves as market leaders who maintain an entrepreneurial culture without compromising their social responsibility.

Through attentive, strategic, selective marketing and co-brand campaigns and collaborations, Sylvia has been an integral asset to the growth of Mantella Corporation for well over a decade.

Sylvia currently serves on the Board of Directors for CANFAR since 2017. In 2019-2020 Sylvia was recognized with the Philanthropist of the Year Award and prior on 2016 Sylvia received the President’s Award for Outstanding Contribution to Canadian HIV and AIDS research.

Sylvia serves on 11 additional Canadian Advisory Boards and committees in the philanthropic arena funding initiatives and improving the lives of children and youth in Canada and globally.

In 2019-2020 Sylvia was recognized by ICRF – Israel Cancer Research Fund and received the 2020 Women of Action Inspirational Award.

For decades Sylvia has advocated for and continues to devote her life to the protection of animal wildlife and to preservation and conservation of endangered species through the private Animal Sanctuary founded by herself and her husband Robert in 2010. 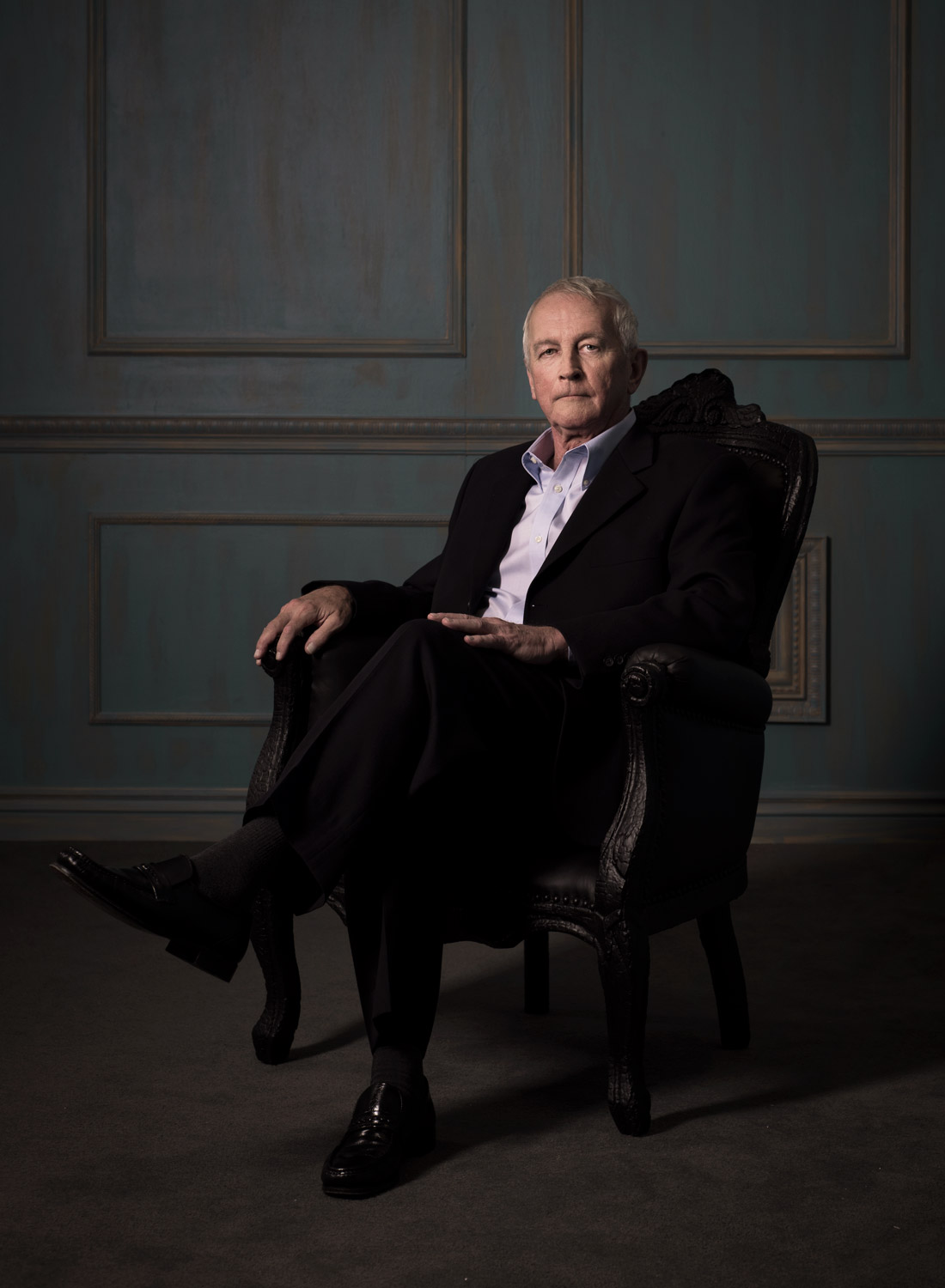 Paul Carroll is a Chartered Professional Accountant with over 40 years experience in his field. A Ryerson Polytechnic graduate, Paul completed both a Business Administration Diploma, and Business Management Degree. Starting his career as a student in accounts, for Stern Cohen, Paul worked his way to the top by taking on a management role and then in 1981, became partner. His passion led him to achieving designations as a Certified Fraud Examiner, Certified Forensic Investigator, Certified Management Consultant, and his CPA designation. To keep life balanced, Paul is also an avid squash and badminton player; attributing physical fitness to one of the key elements of staying mentally sharp and focused.

Although his formal education is in mechanical engineering, Franco’s experience has granted him extensive knowledge of real estate management including building systems, maintenance, construction and real estate valuation. While pursuing his undergraduate degree, at the University of Toronto, he worked for a Code consulting company and later as a facility engineer. It was during this time that he became captivated with real estate and real estate management. After obtaining his Bachelor of Applied Science, Franco worked for internationally known companies with various asset classes and took on responsibilities that extended nationally. Throughout his career he has been involved with asset management, property management, maintenance, and construction and led a successful track record with SNC-Lavalin, GWL Realty Advisors, and Oxford Properties Group. He has had an active role in acquisitions, dispositions, and management of various asset classes that include commercial, industrial, retail and multi-residential properties. 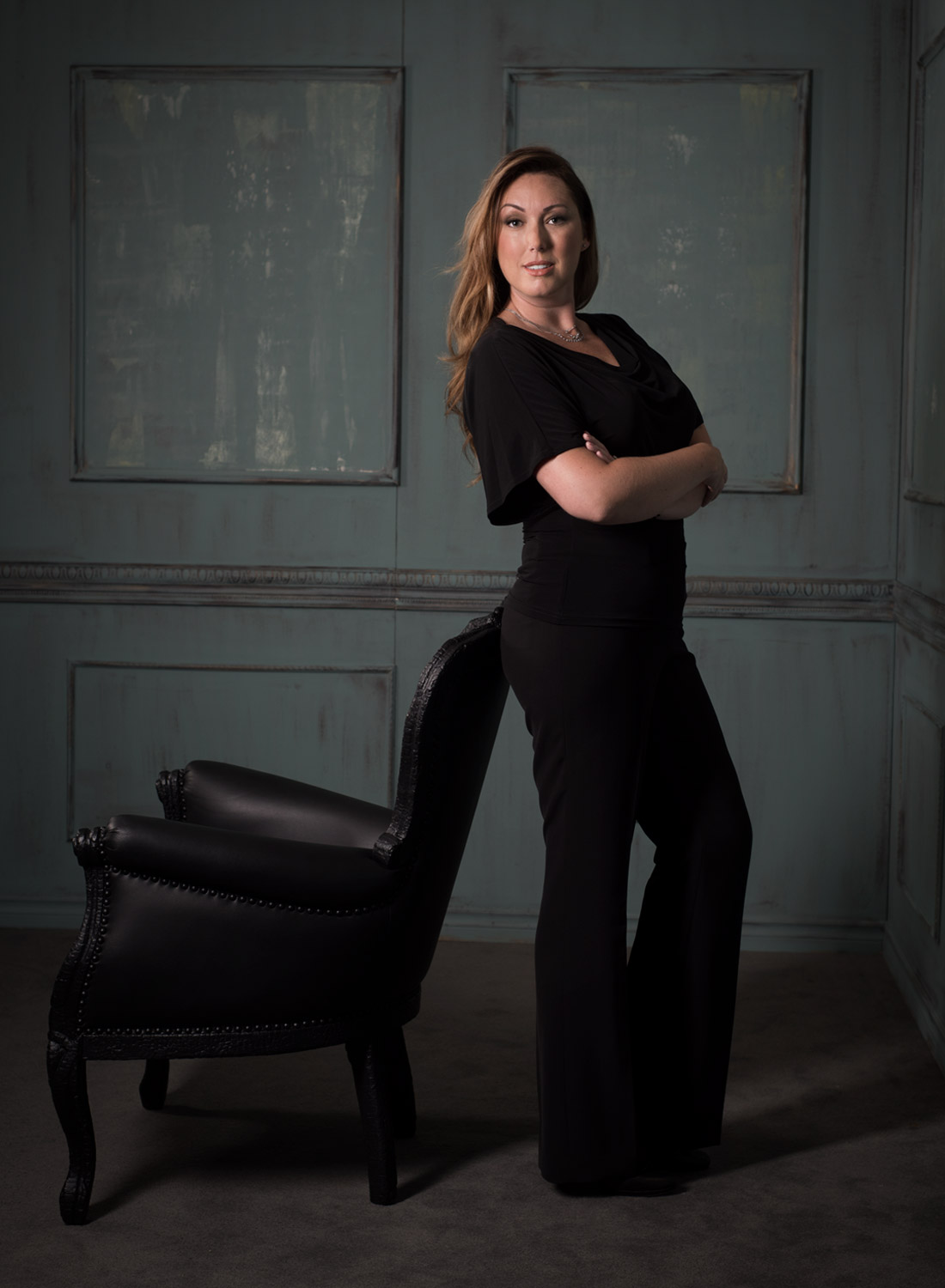 An accomplished professional, with diverse experience, Julie has provided reliable ongoing support to high-powered executives. She has skillfully served clients, business partners, and other employees with duties across the spectrum of administration and office management. With an education in administration, and building environmental systems, Julie thrives on challenges, and is committed to efficiently supporting a work environment that is always evolving. A career that has included working in both government, and private sector settings, Julie is lauded for exceptional rapport building skills and the ability to solve problems. Continually coordinating with multiple parties, Julie is able to move projects forward successfully, and in a timely manner. Outside of her corporate role, she enjoys spending time with her family, staying involved in her community through local charities and events, and getting in as much yoga time as possible, when time permits.

Conrad Mantella is the Asset Manager for Mantella Corporation and worked in the field as a junior since 2012 and took a full time project management position in early 2016. When it came time for post-secondary education in 2013, Conrad studied Psychology at Wilfred Laurier University in Waterloo. Seeing the bustling development in Waterloo prompted him moving back to Toronto to pursue a career in External Operations . Conrad manages a team in Field Operations driven projects for Mantella Corporation. Conrad sits in the committee for City Mogals, a local Toronto based fundraising initiative creating opportunities to better the lives of struggling youths through existing Arts programs such as U for Change.

Candice is the Project Manager who works under the Vice President of Marketing, Sponsorship and Philanthropy Sylvia Mantella. Candice helps to grow Mantellas personal and professional brands. She facilitates the creation and maintaining of Mantella websites and various projects. A respected professional with a wide range of expertise. She works well and is enjoyed by executives, clients, trades, fellow colleagues, and subordinates. As a Project Manager, Candice is responsible for the organizational structure of the project team. Expedites services to be provided by external companies and staff’s positions. Candice obtained a Bachelor of Arts in Communication, a diploma in Fashion Arts Business and a certificate in Entrepreneurship. She thrives on continuing her education. Personally enjoys travelling, fashion, culture, and spending time with her family and friends. Involving herself in many charities such as SickKids, Boost for Kids, and CANFAR.

Kai Silver is the Executive Assistant to Vice President Marketing, Sponsorship and Philanthropy, Sylvia Mantella, at Mantella Corporation. After graduating from the prestigious Central Saint Martins in London England, Kai applied her production and styling expertise on projects with London Fashion Week, Net-A-Porter, Disney, The British Fashion Awards, The X Factor, The Elton John Aid’s Foundation and many more. Kai’s international experience and eccentric style, along with a passion for philanthropy and fashion, has made her an integral member of the branding team at Mantella Corporation.

Robin is a General Partner at Mantella Venture Partners. Robin was previously a partner at Ventures West where he was a part of the IT and communications team with a focus on wireless technology investments. Prior to joining Ventures West, Robin was at MD Robotics (formerly Spar Aerospace) and the Canadian Space Agency where he helped to prepare the Canadarm2 for installation onto the International Space Station. Robin has served on the boards of a number of technology companies including: Ritual, CrowdCare, Unata, ChatKit, PushLife (acq Google ’11), Brave Commerce (acq Rogers ’12), QuickPlay Media (acq Madison Dearborn ’12), RapidMind (acq Intel ’09), AudienceView, Fortiva (acq Proofpoint ’08), Chantry Networks (acq Siemens ’04), Belair Networks and Instrumar. Robin is a founder of CVCA´s Young Venture Capitalists (YVC) Committee. Robin holds a B.A.S. in Aerospace Engineering from the University of Toronto and a MBA from Queen´s University.

Duncan is a general partner at Mantella Venture Partners. Duncan previously served as an Entrepreneur in Residence at Ventures West, executive director at Chango (acq Rubicon Project ’15), executive director at SurfEasy (acq Opera ’15), executive director at RapidMind (acq Intel ’09), executive Investor at Pushlife (acq Google ’11), executive director at Brave Commerce (acq. Rogers Media ’12), and the advisory board of Opalis (acq Microsoft ’09). Duncan currently serves on the board of CrowdCare and is an investor and advisor at Ritual, Joist, Flixel, Unata, ChatKit and PebblePost. Prior to his move into hands-on venture investing, Duncan was the Founder and Chief Technology Officer of Think Dynamics, a developer of data center automation software, which was acquired by IBM in May 2003. Think Dynamics became an integral part of IBM’s Tivoli portfolio and Blue Cloud initiative. Duncan served as an IBM executive until June 2005 guiding market and technology strategy for Tivoli’s on demand automation software portfolio. Prior to founding Think Dynamics, Duncan established a data centre consulting practice that delivered enterprise systems architecture and management services to customers that included Virgin, Norwich Union, one2one, Millipore, ADP and Teleglobe in the UK, USA and Canada.